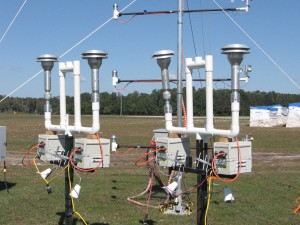 Particulate matter is the number one environmental issue we deal with for cotton gins. PM standards are the reason we have cyclones and the reason we’re moving through the process of adopting new rules for gins in many states. It appears that the EPA will be releasing a new proposed particulate matter standard later this week in response to a federal court order. Its hard to say what will happen with this new rule but rest assured we’ll be watching it.

The Clean Air Act established Particulate Matter (PM) as one of its base line pollutants. When it first came out, the main issue was TSP or total suspended particulate but as technology improved and the understanding of how dust affected the body and lungs, the focus was put on PM10 which is the particulates smaller than 10 microns. These are the particles that go fairly deep in your lungs. Then in 1997 the EPA developed a standard for PM2.5 which are the very smallest particles and that your lungs have trouble getting rid of. It is often referred to as PMfine while the fraction larger than 2.5 and PM10 as PMCoarse.

The standards the EPA sets are known as National Ambient Air Quality Standards (NAAQS). Every few years, the Clean Air Act (CAA) requires the EPA to review the NAAQS for each of its pollutants and make sure that the standards adequately reflect the current science and technology. If science shows that the standards are too lenient and the health of the public is at risk more than was previously thought, they must lower the level of the NAAQS to protect the public. States are then forced to monitor and evaluate their areas for compliance with the NAAQS. If an area is found to be in violation of the NAAQS, (aka non attainment areas) the emitters in those areas are required to adopt more aggressive pollution control measures.

The last time a proposal for PM NAAQS was released, the EPA didn’t exactly follow the advice of its advisory committee and while they tightened the standard for PM2.5, they didn’t go nearly as far as had been suggested. The EPA was sued and it promised to bring new PM Standards by October 2011. They didn’t meet that deadline and were then sued again. This time the court has lost patience with the EPA. On Friday June 1, the court ordered that EPA would release a new PM standard by June 7.

The real concern in this is that we only have a handful of areas in the whole country that are considered non-attainment for particulate and have cotton gins in them. One of these is the metro Atlanta area where only one gin is in non-attainment zone. If these new rules have more stringent regulations on PM10 and PM2.5 we run the risk of other areas being designated non-attainment and the possibility of making it harder to get a permit or permits requiring much more expensive controls to meet the standards.

Your Association will be watching this rulemaking as it moves through the process. There is still a slight chance that EPA could figure a way to avoid the deadline yet again but it’s not likely the court will look too kindly upon that. Stay Tuned.